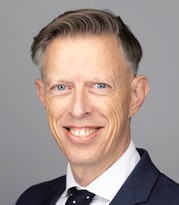 As the Trust’s “Accountable Officer”, Miles is responsible for the overall development and performance of the Trust.

In addition to being a Board member, he attends several Board sub-committees. Miles joined the Trust on 8 January 2018 and has over 30 years’ experience in the NHS encompassing acute, community and mental health services, the Department of Health and the King’s Fund.

Most recently, he worked at a national level with NHS Improvement (NHSI), focusing on its establishment as a new national organisation and leading the national Ambulance Improvement Programme with NHS England.

Miles is married to Abbie and has two children. He lives in south west London with his family.