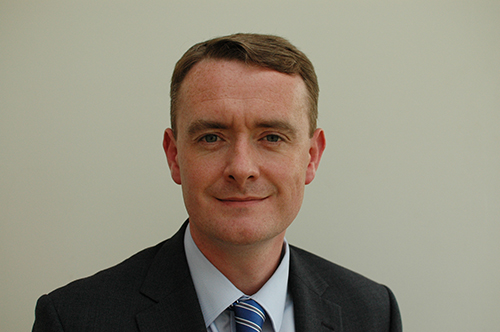 Richard Benson is a Consultant Orthopaedic Surgeon specialising in treating disorders of the shoulder, elbow, wrist and hand.

Richard graduated as a doctor from St. George’s Hospital Medical School, London in 2000. During his training he was awarded a BSc for his work in Sports physiology. He went on to complete his basic surgical training on the Reading surgical rotation, where he first developed an interest in shoulder and elbow surgery.

In 2005-2007 he was awarded the Girdlestone Scholarship by the Nuffield Professor of Orthopaedic Surgery, Professor Carr. He carried out research focusing on rotator cuff tendon failure at Oxford University, for which he was awarded a MD. It was during this time that he was honoured by the European Society of Shoulder and Elbow Surgery to be awarded the prestigious international Didier Patte prize.

In 2013, Mr Benson was awarded a fellowship at the Brisbane Upper Limb Unit. He worked with Dr Ross and colleagues at the Princess Alexandra Hospital, which is the major trauma centre for Queensland, Australia. During this time he was also an associate lecturer for Queensland University.

In 2014 Richard Benson was appointed as a Consultant Orthopaedic Surgeon at Tunbridge Wells and Maidstone Hospitals.

He is a very caring and empathic individual who takes a great pride in his work. He treats each patient as an individual and ensures he meets the expectations and needs of each patient on an individual basis. Richard is committed to providing his patients with an excellent service with very high success rates and very few complications. He takes great care in recording surgical details and outcomes in order to audit his work. This helps to ensure he can maintain the high quality which he strives to achieve.