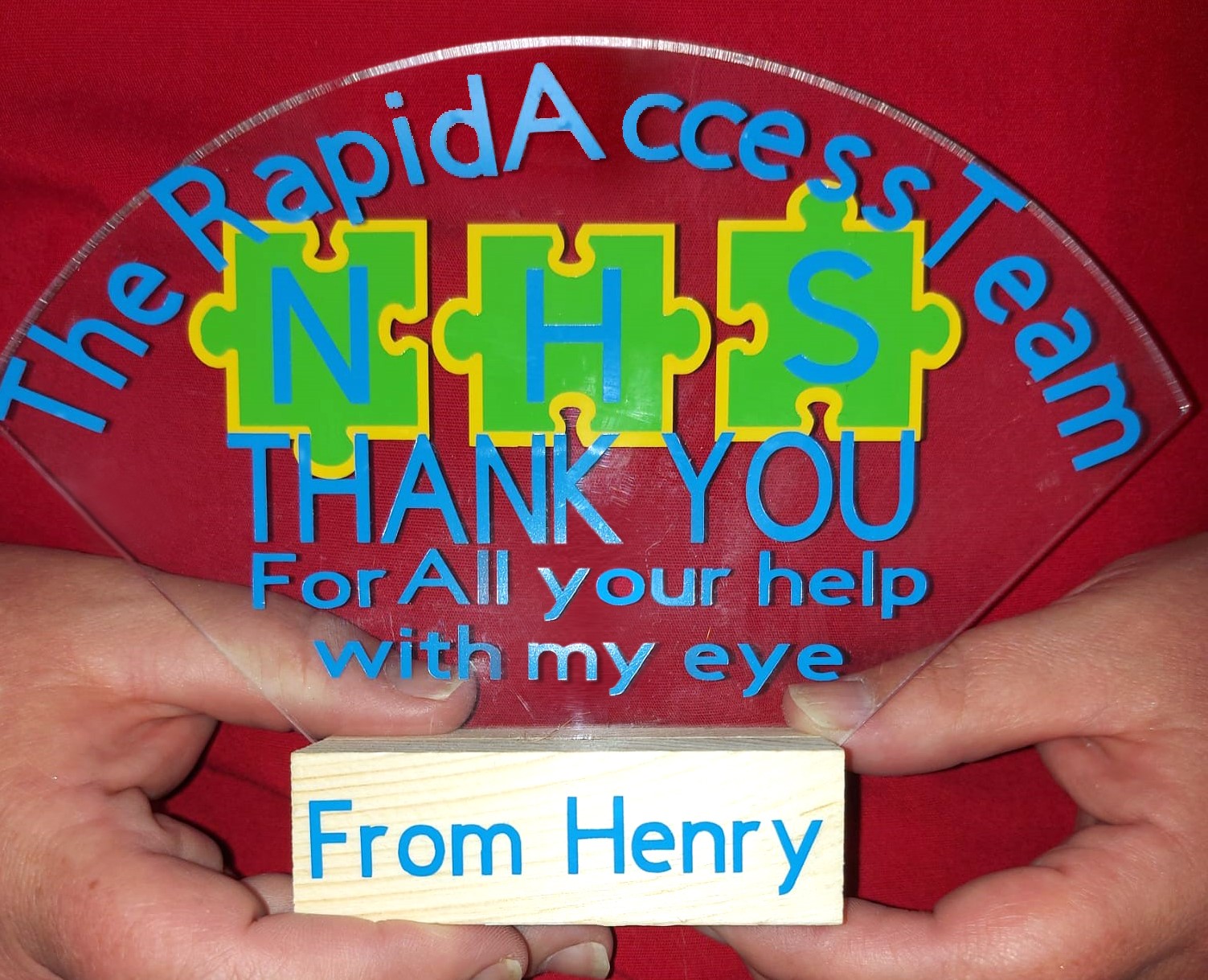 It’s always cause for celebration when the outstanding care delivered by teams at Maidstone and Tunbridge Wells NHS Trust (MTW) is recognised with an award, but that recognition is even more special when it comes directly from our patients.

One of our youngest patients, Henry, helped his dad make awards for the Ophthalmology and Riverbank Ward teams who cared for him as he was “extremely grateful for everything they had done for him”.

Henry visited the Rapid Access Unit, which is run at Maidstone Hospital for the assessment and treatment of urgent and sight-threatening eye conditions. He has a number of sensory issues that needed careful consideration during his care; he needed an examination and was thrilled with the outstanding care given by staff during the day.

Healthcare Support Worker Tessa Howting challenged him on his dinosaur knowledge, become ‘the queen of Wordle’, and broadened her knowledge of world flags to make sure that Henry was able to feel relaxed and supported during his treatment. Special Nurse Ashlea Bravery was was also praised by Henry’s dad, who said he “could not thank her enough” for the care she had given him.

Claire Manneh, Lead Matron for Ophthalmology, said: “Both the nursing staff, including Healthcare Support Worker Tessa Howting, and Mr Adam Bates, Henry’s consultant, were given certificates saying thank you for all the support they had given him. I am really proud of them for going the extra mile to deliver outstanding care to Henry, and to support a patient with complex needs”.