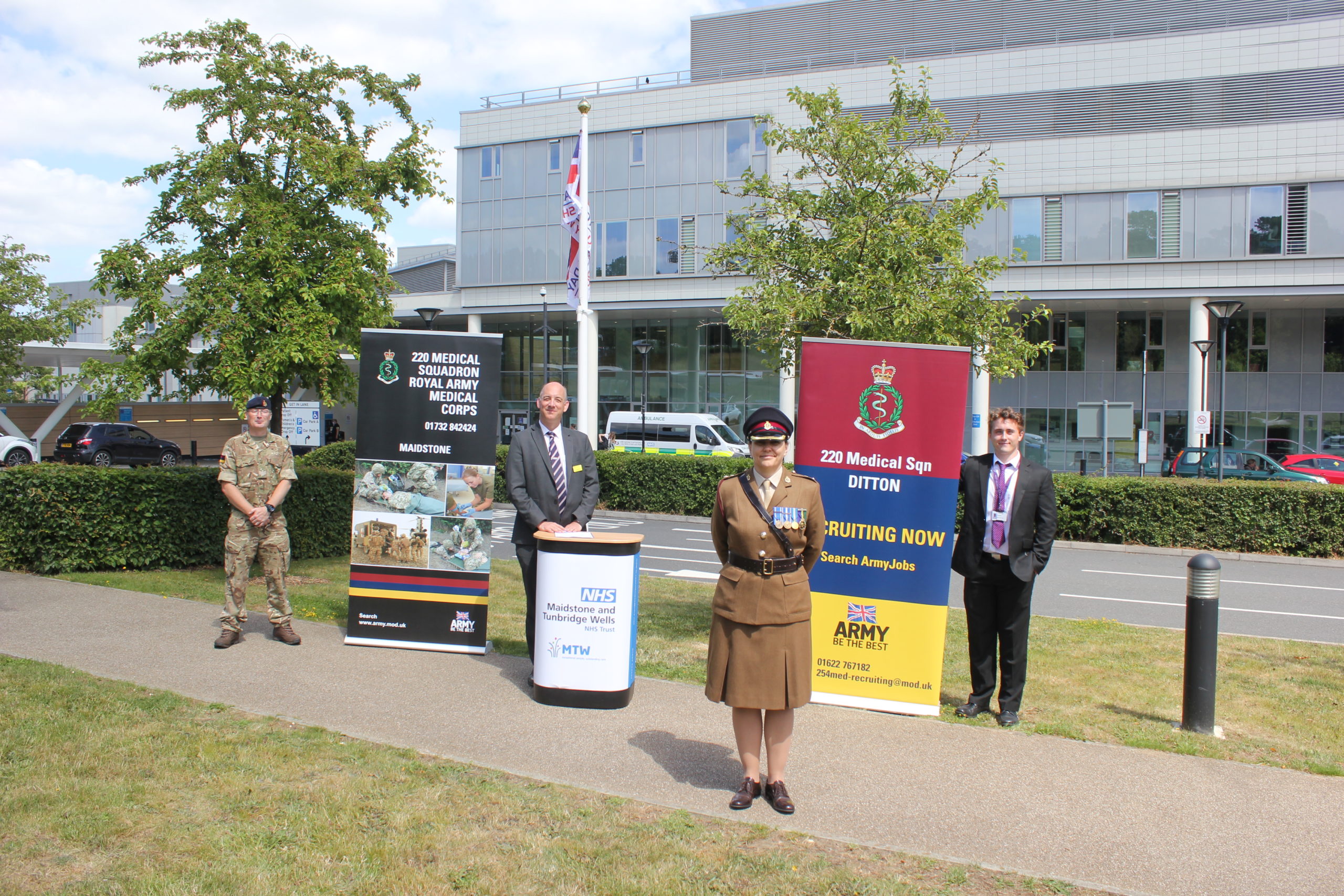 Today, Monday 22 June 2020, marks a historic day for Maidstone and Tunbridge Wells Trust (MTW) as it formally signs the Armed Forces Covenant (AFC). By signing the Covenant, MTW has demonstrated its commitment to the Armed Forces community and outlines how the Trust will support those who have served, their families, reservists and veterans.

The Covenant was signed on behalf of MTW by Simon Hart, Director of Workforce, and by Lieutenant Colonel EM Read (Mary) the commanding officer of 254 Medical Regiment, representing the Armed Forces, and to mark the occasion, the Armed Forces flag was raised on the flagpole outside Tunbridge Wells Hospital.

The commitments laid out in the covenant include:

Simon Hart, Director of Workforce at Maidstone and Tunbridge Wells Trust, said: “I am delighted that MTW is formally demonstrating our commitment to supporting the Armed Forces community. We have a long history of employing former military personnel and we recognise the value serving personnel, reservists, veterans and military families bring to our Trust.”

Mary said: “It is an honour to represent the military at the beginning of Armed Forces Week 2020.  We look forward to forging closer links with MTW and helping them fulfil the commitments of the Armed Forces Covenant”.

MTW is already part of the ‘Step into Health’ programme, created by the NHS, in conjunction with ‘Walking with the Wounded’ and the ‘Royal Foundation’, which connects employers in the NHS to people from the Armed Forces community. It offers an access route into employment and career development opportunities.