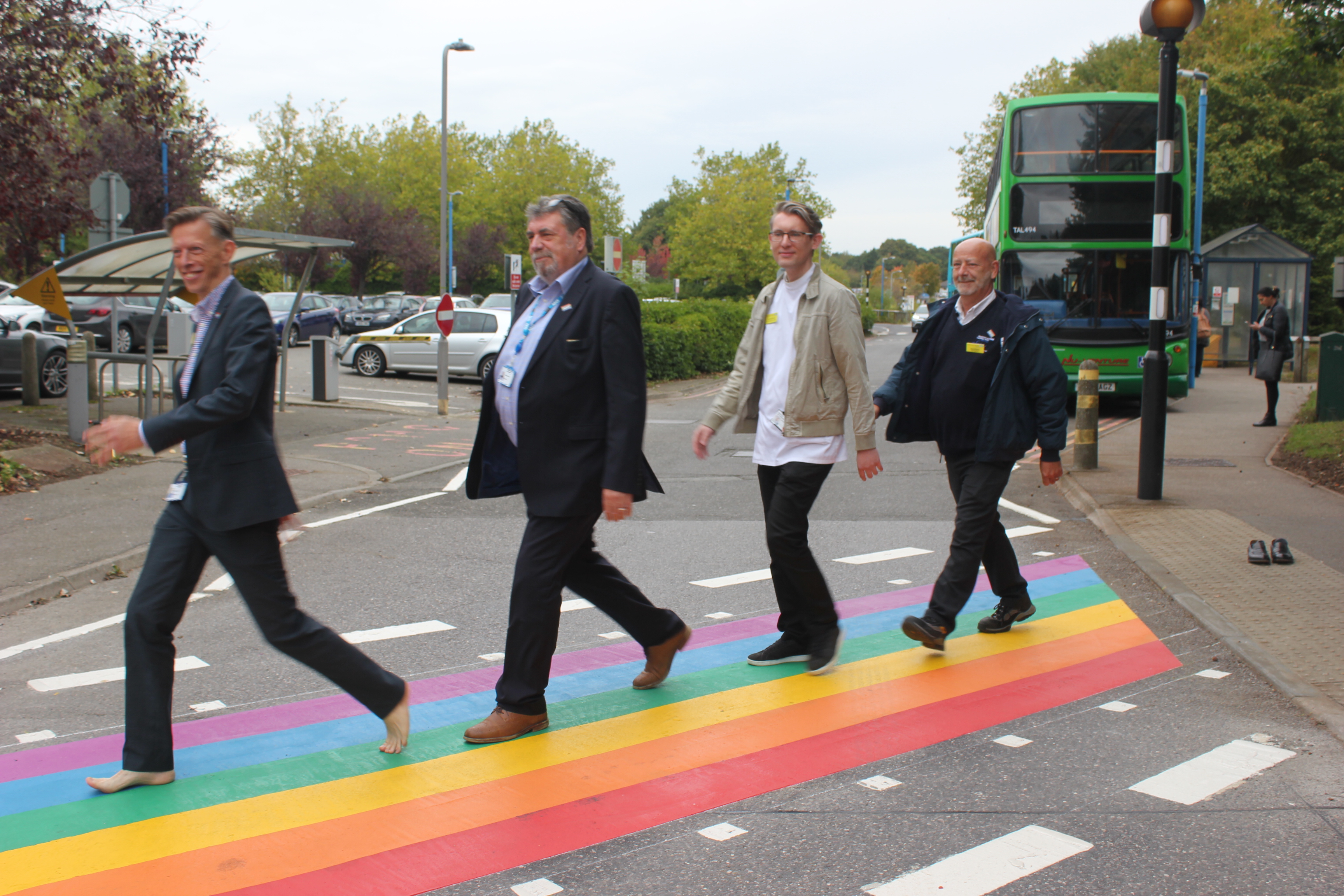 A new rainbow Pride pedestrian crossing has been unveiled at Maidstone Hospital – the first one of its kind in Kent.

The rainbow crossing is just one of the ways that MTW is helping to raise awareness of LGBT+ issues and show that the Trust is an open, inclusive and non-judgemental environment to its patients, staff and visitors.

Mick Stupples, Co-Chair of Maidstone and Tunbridge Wells NHS Trust’s LGBT+ Network, said: “The Trust’s LGBT+ staff network has been working hard to increase awareness of LGBT+ issues and improve the experiences of healthcare for LGBT+ staff and patients.

“While we’ve come a long way as a society in recent years to be more inclusive, there’s still more we can do to show LGBT+ staff, patients and their families that they are welcome. The Rainbow Pride pedestrian crossing acts as a visual symbol of inclusion and enhances the work we’ve been doing to better support our LGBT+ staff and patients.”

In the past year, MTW has implemented a number of initiatives aimed at improving the experiences of LGBT+ staff, patients and their families. These include hosting a second multi-agency LGBT+ conference, erecting flag poles at both hospital sites that display the Rainbow flag during Pride season, and adopting the NHS Rainbow Pledge, which around 500 staff have now signed up to.