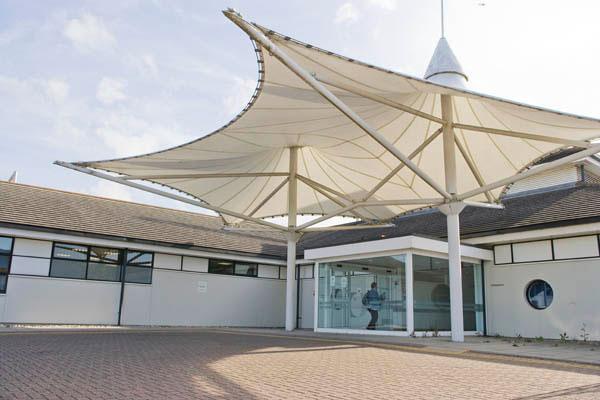 Brachytherapy is a type of internal radiotherapy. There are two types – seed implantation (low dose rate therapy) and high dose rate therapy. Both types treat prostate cancer with radiation from inside the prostate gland but there are differences in the way you have the treatment.

Prior to using the 4Dimensional Brachytherapy implant, patients attended the department on three separate occasions. During one of those appointments, the patient would have a detailed ultrasound study of the prostate. This would involve taking multiple images with a probe to identify the placement for the seeds – the procedure to place them would then take place around four weeks later.

However, the new technique requires just a few quick ultrasound measurements to be taken of the prostate prior to the implant. The technique uses ultrasound to implant a combination of seed strands around the edge and within the centre of the prostate gland. Many of the seed strands are built on a new specialised piece of equipment called a ‘Manual Isoloader’. As the implant is performed, everything is captured and monitored on our computer planning system. This means that we can continue to make adjustments during the procedure, which ensures the position of the seeds and the overall implant provides an ideal dose of radiotherapy within the prostate.

This new improved technique means that we can accurately plan and perform the procedure on the same day. Also, the ultrasound taken to place the stranded seeds is much faster, less invasive, and is more comfortable for the patients.

While the length of the procedure is much the same as previously, the amount of time pre-planning the implantation of the seeds, and the waiting time for patients between the scan and treatment is reduced. Fewer needles tend to be used in the new technique, which means the procedure is less invasive and patients recover quicker.

Christine Richards, Head of Radiotherapy Services, said: “Using the new equipment gives us the ability to accurately view the dose of radiotherapy being delivered to the prostate and to interactively customise the implant during the procedure, which is a very positive advance in the treatment of our prostate cancer patients. We hope this procedure will benefit patients in terms of them spending less time at appointments and also, from a recovery perspective.”