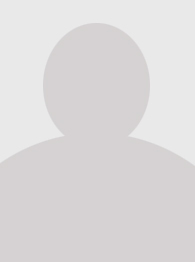 Dr Dag Rutter undertook his undergraduate training at St Thomas’ Hospital Medical School in London, qualifying in 1991. He then worked in hospitals in London and the South East before becoming a member of the Royal College of Physicians in 1996. After a year working in a West London hospice and a year in palliative care research at The Royal Marsden Hospital, he started his specialist Palliative Medicine training on the South Thames scheme.

After completing his specialist training in 2002 he took up a research post, jointly held at the Royal Marsden and the Royal Brompton Hospitals in Fulham. There he studied the influence of genes on morphine metabolism, working in the genetics laboratory of the Interstitial Lung Disease Unit, part of the National Heart and Lung Institute. He completed writing his thesis in 2008 and was awarded an MD for this work by the University of London in 2009.

In September 2004 he was appointed as the consultant for the Maidstone and Tunbridge Wells NHS Trust, where he now works as the medical lead for the hospital palliative care team. He has a particular interest in the challenges of pain control and retains an interest in research.